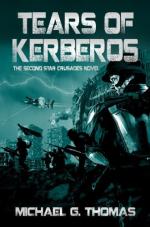 The Crusades - Research Article from Science and Its Times

This encyclopedia article consists of approximately 7 pages of information about The Crusades.

The Crusades were a series of eight military campaigns between the years 1096 and 1270 in which Europeans attempted to wrest control of the Holy Land from the Muslims who ruled the Middle East. The Crusades failed to achieve their objective and cost untold lives. However, they did expose Western Europe to new ideas, and resulted in a heightened desire for adventure and an urge to see distant places. This curiosity was eventually channeled into the exploration of the New World.

In the course of the fall of the vast Roman Empire during the fourth and fifth centuries A.D., it broke into two parts. The western part splintered further as German chieftains such as the rulers of the Goths, Vandals, Angles, Saxons, Jutes, and Franks carved out their individual kingdoms. The eastern part became the Byzantine Empire. It was ruled from the ancient city of...

More summaries and resources for teaching or studying The Crusades.

The Crusades from Gale. ©2005-2006 Thomson Gale, a part of the Thomson Corporation. All rights reserved.