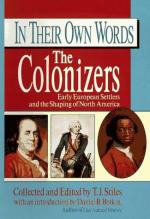 This encyclopedia article consists of approximately 6 pages of information about The Arab-Persian Trading Cities of East Africa.

Beginning with the arrival of Arab and Persian merchants in the period from the ninth to the twelfth centuries, trade flourished on the East African coast, and reached its peak between 1200 and 1500. During those centuries, ships plied the Indian Ocean, the Red Sea, and the Persian Gulf, bringing import and export goods between the East Indies, China, India, the Arab lands, Persia, and East Africa. It was a time of great contact between cultures, an age that saw the establishment of some 37 city-states in what is now Somalia, Kenya, Tanzania, and Mozambique, as well as Madagascar. Most notable among these were Mogadishu, Malindi, Kilwa, Mombasa, and Zanzibar.

Starting in about 1200 B.C., groups of peoples began migrating southward from the region of modern-day Nigeria. Though they constituted a loose collection of tribes and nations...

More summaries and resources for teaching or studying The Arab-Persian Trading Cities of East Africa.

The Arab-Persian Trading Cities of East Africa from Gale. ©2005-2006 Thomson Gale, a part of the Thomson Corporation. All rights reserved.