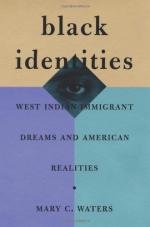 This encyclopedia article consists of approximately 10 pages of information about The American Dream Today.

The American dream has always been a significant theme in literature throughout the nation's history, so it is no surprise that writers at the dawn of the twenty-first century are exploring issues and questions associated with our most basic principles as a country. By analyzing the meaning of the phrase "American dream," modern writers help define (or redefine) the promises the United States makes to its citizens. Writers in the new century find themselves in the difficult position of incorporating modern phenomena, such as family, history, faith, industry, and politics, into a new understanding of what, exactly the American dream constitutes today.

Jonathan Franzen's The Corrections (2001) became a bestseller and won the 2001 National Book Award. Franzen tells the story of the dysfunctional Lambert clan and their attempts to "correct" the various problems in their lives. Elderly father Alfred suffers...

More summaries and resources for teaching or studying The American Dream Today.

The American Dream Today from Gale. ©2008 Thomson Gale, a part of the Thomson Corporation. All rights reserved.