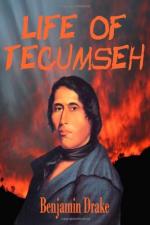 This encyclopedia article consists of approximately 10 pages of information about Tecumseh.

Tecumseh was one of the greatest and most trusted leaders of the Shawnee nation. He aggressively resisted American settlement and influence in his native land and worked to build a united Native American front against the Americans. He spent much of his time traveling through the Ohio River valley and in the South, rallying other Native American groups to defend their lands. Tecumseh was a member of the Algonquian tribe, a widespread group that shared a common language. The Algonquians include the Shawnee, Delaware, Miami, and Ottawa, among others. Algonquian was one of the largest language groups in native America.

Tecumseh was an eloquent speaker and often served as the spokesman for the Shawnee at councils between white officials and the tribes of the Ohio River valley. His dignity of character brought him to the forefront...

More summaries and resources for teaching or studying Tecumseh.