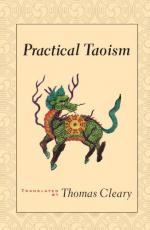 This encyclopedia article consists of approximately 56 pages of information about Taoism.

Taoism is a Chinese religious tradition emphasizing personal transformation and integration with the unseen forces of the universe. The Taoist's name for their religion is Tao-chiao ("the teachings of the Tao"), a term that goes back to leaders such as Lu Hsiu-ching (406–77), highly educated aristocrats who wove together many diverse traditions and practices to form an inclusive new cultural and religious framework. That framework was designed to preserve all that was good and worthwhile within the indigenous religious heritage of China so that it could survive the challenge of Buddhism, which became prominent in China beginning in the fourth century C.E. The term "Tao," literally "the way" in Chinese, has been variously understood in Taoism, though it generally refers to the highest dimensions of reality.

Taoism evolved not among superstitious peasants (as modern Confucians...

More summaries and resources for teaching or studying Taoism.

Taoism from Gale. ©2005-2006 Thomson Gale, a part of the Thomson Corporation. All rights reserved.