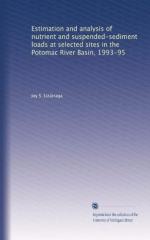 This encyclopedia article consists of approximately 2 pages of information about Suspended Load.

The suspended load can consist of particles that are intermittently lifted into suspension from the stream bed and of wash load, which remains continuously suspended unless there is a significant decrease in stream flow velocity. Wash load particles are finer than those along the stream bed, and therefore must be supplied by bank erosion, mass wasting, and mass transport of sediment from adjacent watersheds into the stream during rainstorms.

Water density is proportional to the amount of suspended load being carried. Muddy water high in suspended sediment will therefore increase the particle buoyancy and reduce the critical shear stress required to move the bed load of the stream.

More summaries and resources for teaching or studying Suspended Load.

Suspended Load from Gale. ©2005-2006 Thomson Gale, a part of the Thomson Corporation. All rights reserved.