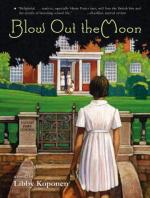 This encyclopedia article consists of approximately 1 page of information about Erosion.

Erosion is the reduction or breakdown of landforms exposed to the forces of weathering (disintegration and decomposition). Weathering and subsequent erosion may be caused by both chemical or mechanical forces. Mechanical weathering agents include wind, water, and ice. Chemical weathering leading to erosion results from bio-organic breakdown, hydration, hydrolysis, and oxidation processes. The process of transportation describes the movements of eroded materials.

Erosion requires a transport mechanism (e.g., gravity, wind, water, or ice). Wind, water, and ice are also agents of erosion that cause the physical breakdown of rock and landforms.

A special form of erosion, mass wasting, describes the transport of material downslope under the influence of gravity. Landslides are a common example of mass wasting.

Erosion processes can also cause indirect landform alteration by breaking down overburden of rock and precipitating a pressure release that can crack and shift rock layers. The cracking process results in peels, exfoliation, or spalling. For example, the erosion of overburden can expose batholiths and these exposed formations can form exfoliation domes.

Organic materials can frequently contribute to erosion by pressure that results in structural cracking or in the formation of acidic compounds that weather rock.

More summaries and resources for teaching or studying Erosion.

Erosion from Gale. ©2005-2006 Thomson Gale, a part of the Thomson Corporation. All rights reserved.