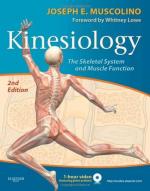 This encyclopedia article consists of approximately 5 pages of information about Skeletons.

The skeleton of a turkey.

Skeletons provide the framework for the bodies of most multicellular animals. They lend structural support to soft tissues and give muscles something to attach to and pull against. Without skeletons, most animal bodies would resemble a limp bag of gelatin.

Skeletons come in a number of forms, each suited for a particular set of lifestyles and environments. Skeletons can be rigid, semirigid, or soft. They can also be external or internal. Vertebrates have internal skeletons, called bony skeletons, which consist mainly of calcified bone tissue. Most invertebrates, such as insects, spiders, and crustaceans, have outer skeletons called exoskeletons. Some aquatic animals, such as octopuses, sea anemones, and tunicates, and a number of small, land-dwelling invertebrates such as earthworms and velvetworms, have soft supporting structures called hydrostatic skeletons.

Vertebrata (vertebrates) is an animal group that includes fishes, amphibians, reptiles, and mammals. The...

More summaries and resources for teaching or studying Skeletons.

Skeletons from Macmillan. Copyright © 2001-2006 by Macmillan Reference USA, an imprint of the Gale Group. All rights reserved.