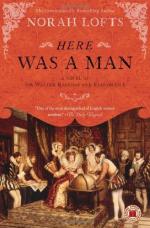 Sir Walter Raleigh - Research Article from Science and Its Times

This encyclopedia article consists of approximately 3 pages of information about Sir Walter Raleigh.

Walter Raleigh's place in history results primarily from his eccentric character and his ambiguous relationship with Queen Elizabeth I rather than his actual accomplishments. The latter include his unsuccessful attempts to found a settlement in North Carolina and his exploits in South America.

His family was Protestant, and in 1569, at an early age, he fought in the French Wars of Religion in support of the Protestant Huguenots. He studied at Oriel College of Oxford University and at the Middle Temple (law college) in London.

Raleigh's participation in the successful suppression of an uprising in Ireland in 1580 brought him to the attention of Queen Elizabeth I. By 1582, he was clearly the favorite of Elizabeth. She knighted him in 1585, and he rapidly grew wealthy and influential as the result of gifts of monopolies, properties, and positions from the Queen. One of...

Sir Walter Raleigh from Gale. ©2005-2006 Thomson Gale, a part of the Thomson Corporation. All rights reserved.