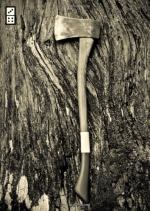 "Self- Reliance" - Research Article from Literature and Its Times

Ralph Waldo Emerson
This encyclopedia article consists of approximately 13 pages of information about "Self- Reliance".

Ralph Waldo Emerson (1803-1882) was one of the most influential thinkers in nineteenth-century America. Like his father, he became a Unitarian minister in Boston, but he later left the church, whose doctrines he could not embrace fully. He traveled briefly in Europe, and after returning became a lecturer, an essayist, a poet, and a leader of the transcendentalist school of thought in America. His philosophy embraced individuality, optimism, and a belief in the presence of God in all things and persons. He is best remembered for his essay "Self-Reliance" and other early works that champion these ideals.

The Jackson administration. Andrew Jackson's presidency (1829-1837) dominated America in the decade before Emerson wrote "Self-Reliance." Through the essay Emerson tried to help individuals renew themselves and throw off the burden of "dead" institutions. In many...

More summaries and resources for teaching or studying "Self- Reliance".

"Self- Reliance" from Gale. ©2008 Thomson Gale, a part of the Thomson Corporation. All rights reserved.