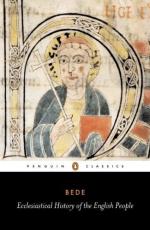 Saint Bede the Venerable - Research Article from Science and Its Times

This encyclopedia article consists of approximately 3 pages of information about Saint Bede the Venerable.

Saint Bede the Venerable is regarded as the most learned man of the seventh and eighth centuries. He was convinced that the Christian Church could bring order and culture out of the violence and ignorance of the Dark Ages that followed the downfall of the Roman Empire. Acting on this conviction, he remained personally committed to cultural progress throughout his life. He wrote on virtually all areas of knowledge of interest in his time, including natural science.

Nothing is known of Bede's family and birth. At the age of seven, his family left him at a Benedictine monastery in Wearmouth, Northumbria, in northern England. He later became a monk and resided in the monastery all of his life, making few trips into the outside world. There he studied and wrote, and his work made Northumbria...

More summaries and resources for teaching or studying Saint Bede the Venerable.

Saint Bede the Venerable from Gale. ©2005-2006 Thomson Gale, a part of the Thomson Corporation. All rights reserved.