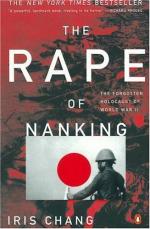 This encyclopedia article consists of approximately 10 pages of information about Rape.

Rape is a sexual assault on any unwilling victim. The term has been used in conjunction with both heterosexual and homosexual assaults. People often talk about sexual assaults in prisons as rapes, for instance. But the most common legal definition is "carnal knowledge without consent." This appears to apply exclusively to male assaults on females.

Under that definition, rape is a very serious crime. In most states the possible penalty is approximately the same as that for premeditated murder.

More summaries and resources for teaching or studying Rape.

Rape from Gale. ©2005-2006 Thomson Gale, a part of the Thomson Corporation. All rights reserved.