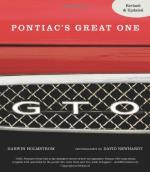 This encyclopedia article consists of approximately 7 pages of information about Pontiac.

Pontiac was an Ottawa chief who led the Pontiac Rebellion in 1763, an attack inspired by Native American resentment at European settlers seizing their land. It was the most impressive Native American resistance movement ever encountered by Europeans in North America. Yet the Pontiac Rebellion failed, primarily because the great chief was unable to form an alliance with the French against the British. Pontiac's war was also significant because Native Americans never again had an opportunity to drive back European settlers. Native tribes continued to lose their land as they were pushed westward and their way of life was totally destroyed.

Although little is known about Pontiac's youth, it is believed he was born around 1714 along the Maumee River in present-day Ohio, to an Ottawa father and a Chippewa mother. The exact meaning of the...

More summaries and resources for teaching or studying Pontiac.