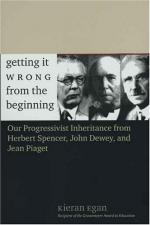 Piaget, Jean - Research Article from Psychologists and Their Theories for Students

This encyclopedia article consists of approximately 61 pages of information about Piaget, Jean.

The Swiss psychologist and epistemologist Jean Piaget (1896–1980) developed his theory of genetic epistemology throughout a nearly 60-year career as a professor and experimental researcher. He first began his scientific investigations as a young biologist immersed in the study of mollusks. Before he was 30 years of age, he was world renowned for his explorations of the cognitive development of children. Piaget is credited with foundational contributions to the emerging disciplines of child psychology, educational psychology, and cognitive development theory. Piaget's empirical studies of infants, children, and adolescents provided insight into the nature of knowledge and how it is acquired. He took children's thinking seriously and respected them as the architects of their own intellectual development.

Jean Piaget was the only son of...

More summaries and resources for teaching or studying Piaget, Jean.

Piaget, Jean from Gale. ©2005-2006 Thomson Gale, a part of the Thomson Corporation. All rights reserved.