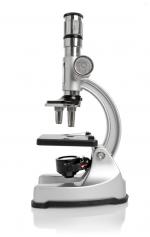 Overview: Life Sciences and Medicine 1700-1799 - Research Article from Science and Its Times

This encyclopedia article consists of approximately 5 pages of information about Overview.

Though his research did not directly involve the life sciences, the seventeenth-century physicist Isaac Newton (1642-1727) greatly influenced how living things were studied in the eighteenth century because of his emphasis on finding simple laws underlying the complexities of movement. The earlier work of philosopher Francis Bacon (1561-1626) was also influential in the eighteenth century. Bacon stressed the importance of direct observation and of experimentation as keys to progress in science. In addition, the explorations around the globe in the sixteenth and seventeenth centuries, as well as the development of the microscope in the seventeenth century, opened up new worlds filled with fascinating life to be studied.

As explorers sent back a treasure trove of new species to Europe, the problem of how to classify or organize them became urgent. While the British botanist...

More summaries and resources for teaching or studying Overview: Life Sciences and Medicine 1700-1799.