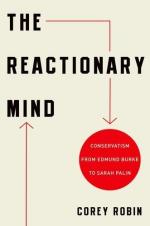 This encyclopedia article consists of approximately 6 pages of information about &#X0022;On Conciliation&#x0022; by Edmund Burke.

"An Englishman is the unfittest person on earth to argue another Englishman into slavery…. "

Edmund Burke, from "On Conciliation"

Although King George III (1738–1820) seemed to have surrounded himself with advisers who went along with his vengeful feelings toward the colonies, one member of Parliament stood apart as a champion of colonial rights. He was Edmund Burke (1729–1797), born in Dublin, Ireland. From 1765 to 1782, Burke was private secretary to Charles Watson-Wentworth, the marquis of Rockingham (1730–1782), author of the Declaratory Act of 1766. The Declaratory Act affirmed the right of Parliament to make laws (including tax laws) that would bind the colonists "in all cases whatsoever."

Burke was elected to Parliament in 1766, so he observed firsthand all the talk about the troubles with the American colonies. In early...

More summaries and resources for teaching or studying "On Conciliation" by Edmund Burke.

"On Conciliation" by Edmund Burke from UXL. ©2005-2006 by U•X•L. U•X•L is an imprint of Thomson Gale, a division of Thomson Learning, Inc. All rights reserved.