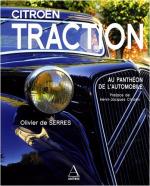 Olivier De Serres - Research Article from Science and Its Times

This encyclopedia article consists of approximately 3 pages of information about Olivier De Serres.

Olivier de Serres is sometimes referred to as the father of French agriculture. His most famous work, the Théatre d'agriculture (1600), provided a complete guide to agricultural practices and helped to outline the ideals of French Protestant culture. Serres advocated agricultural reform, and explained land-management techniques of the utmost importance in an era threatened by nearly continuous famine, drought, and war.

Olivier de Serres was born in 1539 on his family manor, called Pradel. He spent his entire life on this estate, and established many experimental fields on its lands. His father, Jacques de Serres, and his mother, Louis de Leyris, were both from well-established families of landowners in Vivarais. However, despite his affluent upbringing, there is little evidence to substantiate his level of education. He studied at the University of Valence but probably never graduated. Still, he was well versed in...

Olivier De Serres from Gale. ©2005-2006 Thomson Gale, a part of the Thomson Corporation. All rights reserved.