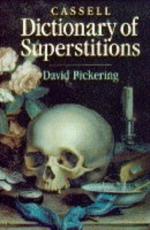 This encyclopedia article consists of approximately 6 pages of information about Numbers, Forbidden and Superstitious.

In trying to understand the world, mankind has created many superstitions and myths that have slowly led to what we consider modern science. For example, alchemy, the attempt to change other materials into gold, helped establish important principles of modern chemistry. The same is true of mathematics.

Many mathematical theories have been proposed over the centuries. Some have become the foundation of major branches of mathematics. Others have been disproved and discarded. But like many other superstitions, some erroneous theories have unfortunately persisted even after the science of mathematics has examined and invalidated them.

Thirteen frequently is called an unlucky number. Many modern buildings, particularly hotels, will not have a floor numbered as the thirteenth floor because so many people consider it unlucky and wish to avoid it. Of course, any building of sufficient height does have a thirteenth floor...

More summaries and resources for teaching or studying Numbers, Forbidden and Superstitious.

Numbers, Forbidden and Superstitious from Macmillan. Copyright © 2001-2006 by Macmillan Reference USA, an imprint of the Gale Group. All rights reserved.