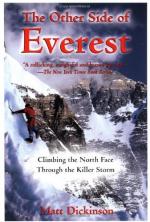 This encyclopedia article consists of approximately 5 pages of information about Mount Everest, Measurement Of.

A process began around 1800 that would ultimately establish Mount Everest as the world's tallest mountain. Started by Englishman William Lambton, this process was referred to as "The Great Trigonometrical Survey," and led to a rigorous mapping of India.

In 1796, Lambton was posted to India as a British lieutenant. Lambton's arrival coincided with increasing subcontinent colonization, and maps and surveys of these British-conquered territories were of great interest. Lambton proposed a more exacting survey than any attempted before in Asia. The resulting measurements would yield, for example, more accurate values for India's width. Lambton believed that the most important outcome would be a better understanding of Earth's geodetic shape.

Early Mapping of the Earth

Fifty years before Lambton's proposed survey, French scientists determined that Earth is better described as an oblate spheroid instead of a sphere. This meant that the distance from Earth's...

More summaries and resources for teaching or studying Mount Everest, Measurement Of.

Mount Everest, Measurement Of from Macmillan. Copyright © 2001-2006 by Macmillan Reference USA, an imprint of the Gale Group. All rights reserved.