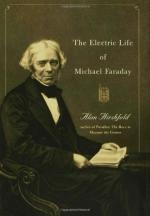 Michael Faraday - Research Article from Science and Its Times

This encyclopedia article consists of approximately 3 pages of information about Michael Faraday.

Michael Faraday was born in London, the son of a poor blacksmith. As a child his education covered only the basics of reading, writing, and arithmetic. At the age of 14 he was apprenticed to a bookbinder for seven years. This occupation brought him into contact with books on science and introduced him to the idea that the subject was comprehensible. He spent the years of his apprenticeship reading any scientific works he could find and attending public science lectures. In 1812 Faraday began to seek employment in science. He wrote to Humphry Davy (1778-1829), a leading British scientist of the day, and enclosed with the letter the notes he had taken during several of Davy's...

More summaries and resources for teaching or studying Michael Faraday.

Michael Faraday from Gale. ©2005-2006 Thomson Gale, a part of the Thomson Corporation. All rights reserved.