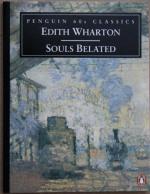 This encyclopedia article consists of approximately 11 pages of information about Marriage.

The practice of marriage is one of the universal aspects of the human experience. It is an ancient practice, bound by tradition, customs and laws. Through marriage, new families begin and established ones continue into a new generation.

In the United States today, marriage is changing. An increased divorce rate and more single-parent families are altering young people's attitudes toward marriage. The increasing acceptability of living together as an alternative is a factor in the decline of the number of couples getting married. In addition, homosexuals are seeking the recognition of their long-term partnerships as true marriages. And yet for all this change, some aspects of marriage remain remarkably the same.

Although a familiar institution, marriage has many forms. In most western nations, marriage can be defined as the coming together of a man and a woman under the auspices of the laws of the...

More summaries and resources for teaching or studying Marriage.

Marriage from Gale. ©2005-2006 Thomson Gale, a part of the Thomson Corporation. All rights reserved.