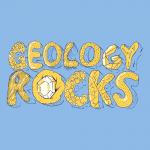 This encyclopedia article consists of approximately 2 pages of information about Marine Transgression and Marine Regression.

Marine transgression occurs when an influx of the sea covers areas of previously exposed land. The reverse process, called marine regression, takes place when areas of submerged seafloor are exposed above sea level by basinward migration of a shoreline. Landward displacement of coastal and marine sedimentary environments accompanies transgression, and a shift from shallow water and terrestrial sediments, to deeper-water sedimentary facies, called onlap, indicates a transgression in a vertical succession of sedimentary strata. A shift from deeper marine sediments to terrestrial and fluvial sediments, or offlap, likewise suggests a basinward migration of the shoreline, or a marine regression.

The pattern of onlap and offlap preserved along a continental margin tells its history of alternating transgression and regression. An array of interacting processes determines the position of a shoreline at a specific location, and the geometry of continental margin strata records the combined effects of these interactions. Fluctuation of absolute, global sea level resulting from cyclical growth and decay of Earth's polar ice caps, called eustasy, is only one of the many factors that determine sea level relative to a specific coastal segment. Rates of sediment supply and transport, three-dimensional patterns of deposition and erosion, and crustal subsidence and uplift all influence the geometry of onlap and offlap at a particular location. Attempts to define the history of global eustatic sea level change by interpreting the stratigraphic geometry of individual continental margins have been largely unsuccessful, and the difficulty of this scientific problem has underscored the complexity of the systems that regulate shoreline migration.

The study of strata deposited along continental margins under the influence of cyclical Earth processes such as eustatic sea level change is a branch of stratigraphy called sequence stratigraphy. Development of this geologic subdiscipline in the early 1970s is largely attributed to petroleum industry researchers who first used seismic reflection profiles to map the distribution of oil and gas bearing strata in sedimentary basins. Because relative sea level change determines the location and geometry of these oil-bearing strata along continental margins, sequence stratigraphy is a powerful predictive tool for oil and gas exploration.

More summaries and resources for teaching or studying Marine Transgression and Marine Regression.

Marine Transgression and Marine Regression from Gale. ©2005-2006 Thomson Gale, a part of the Thomson Corporation. All rights reserved.