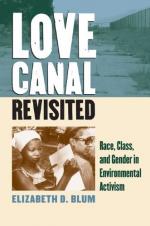 This encyclopedia article consists of approximately 2 pages of information about Love Canal.

Probably the most infamous of the nation's hazardous waste sites, the Love Canal neighborhood of Niagara Falls, New York, was largely evacuated of its residents in 1980 after testing revealed high levels of toxic chemicals and genetic damage.

Between 1942 and 1953, the Olin Corporation and the Hooker Chemical Corporation buried over 20,000 tons of deadly chemical waste in the canal, much of which is known to be capable of causing cancer, birth defects, miscarriages, and other health disorders. In 1953, Hooker deeded the land to the local board of education but did not clearly warn of the deadly nature of the chemicals buried there, even when homes and playgrounds were built in the area. 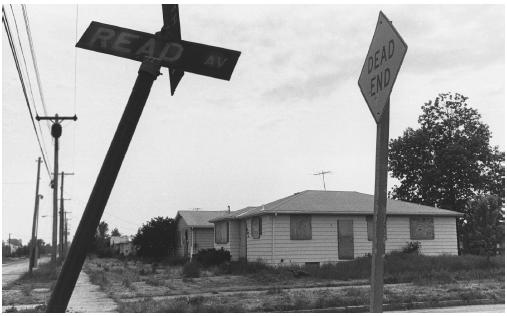 Weeds grow around boarded up homes in Love Canal, New York in 1980. (Corbis-Bettmann. Reproduced by permission.)

The seriousness of the situation became apparent in 1976, when years of unusually heavy rains raised the water table and flooded...

More summaries and resources for teaching or studying Love Canal.

Love Canal from Gale. ©2005-2006 Thomson Gale, a part of the Thomson Corporation. All rights reserved.