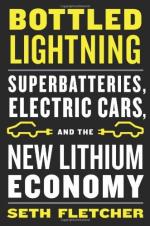 This encyclopedia article consists of approximately 3 pages of information about Lithium.

Lithium is the first element in Group 1 of the periodic table, a group of elements generally known as the alkali metals. It is the lightest of all metals. Lithium's atomic number is 3, its atomic mass is 6.941, and its chemical symbol is Li.

Lithium is an active metal, although, as one would predict from its place in the periodic table, not as active as sodium, potassium, and the other alkali metals. For example, it reacts slowly with cold water, releasing hydrogen gas. It does not react with oxygen at room temperature, although it...

More summaries and resources for teaching or studying Lithium.

Lithium from Gale. ©2005-2006 Thomson Gale, a part of the Thomson Corporation. All rights reserved.