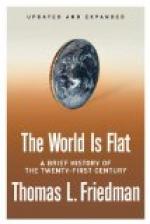 This encyclopedia article consists of approximately 8 pages of information about L&#x0027;enfant, Pierre-Charles.

Pierre-Charles L'Enfant was a French artist who excelled in architecture and engineering. He is best remembered as the city planner who designed Washington, D.C., under the direction of President George Washington (1732–1799; served 1789–97; see entry in volume 2). L'Enfant was also responsible for remodeling Federal Hall in New York City, where Washington took the oath of office as the first president of the United States.

L'Enfant was a soldier in the American Revolution (1775–83) and a charter member of the Society of the Cincinnati, an organization created to help maintain ties among veterans of the American Revolution. He designed the society's certificate and its insignia. L'Enfant's use of symbolism and his practical use of topography (natural features of the ground surface) made him an influential urban planner into the twentieth century. Elements...

More summaries and resources for teaching or studying L'enfant, Pierre-Charles.

L'enfant, Pierre-Charles from Macmillan. Copyright © 2001-2006 by Macmillan Reference USA, an imprint of the Gale Group. All rights reserved.