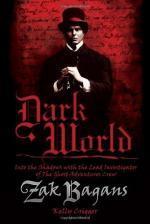 This encyclopedia article consists of approximately 7 pages of information about Lead.

Lead is one of only a few elements known to ancient peoples. One of the oldest examples of lead is a small statue found in Egypt. It was made during the First Dynasty, in about 3400 B.C. Mention of lead and lead objects can also be found in very old writing from India. And the Bible mentions lead in a number of passages.

More summaries and resources for teaching or studying Lead.