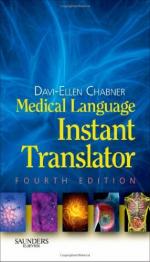 This encyclopedia article consists of approximately 2 pages of information about Language Translators.

Most 3GL and higher-level programming languages use a compiler for language translation. A compiler is a special program that takes written source code and turns it into machine language. When a compiler executes, it analyzes all of the language statements in the source code and builds the machine language object code. After a program is compiled, it is then a form that the processor can execute one instruction at a time.

In some operating systems, an additional step called linking is required...

More summaries and resources for teaching or studying Language Translators.

Language Translators from Gale. ©2005-2006 Thomson Gale, a part of the Thomson Corporation. All rights reserved.