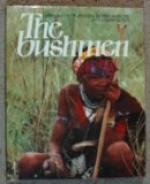 This encyclopedia article consists of approximately 9 pages of information about Johnson, Anthony.

The life of Anthony Johnson, an African American landowner in colonial Virginia, presents an intriguing story. At a time when few former slaves could own property, Johnson amassed a sizable estate. He was brought to North America in 1621 and worked as a slave on a Virginia plantation. Gaining his freedom around 1635, he began acquiring his own plantation little by little during the 1640s. By 1651 he owned two hundred and fifty acres of land. Even a catastrophic fire that destroyed much of his estate in 1653 could not halt Johnson's rise to success. Historians believe that Johnson was immensely talented and energetic, enabling him to become what they call the "black patriarch" of Pungoteague Creek (the...

More summaries and resources for teaching or studying Johnson, Anthony.