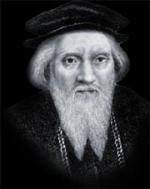 This encyclopedia article consists of approximately 6 pages of information about John Cabot&#x0027;s Exploration of North America.

In 1497 John Cabot (1450?-1499?), an Italian explorer sailing for England, reached land somewhere in the northern part of North America. Although unsuccessful in his attempt to reach Asia, his landfall gave England a territorial claim in the New World that would be the basis for her eventual colonization of parts of that continent. In addition, Cabot's son, Sebastian (1476?-1557), became the first of many explorers who attempted to sail across the top of the world in an effort to find a Northwest Passage from Europe to the wealth of Asia.

In 1494 John Cabot (born Giovanni Caboto) moved his family to England from Valencia, Spain. He moved to England for the same reason that he had moved to Spain—to be a part of the exploration of the Atlantic Ocean and the lands...

John Cabot's Exploration of North America from Gale. ©2005-2006 Thomson Gale, a part of the Thomson Corporation. All rights reserved.