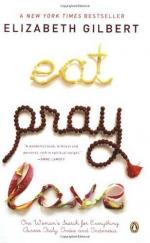 This encyclopedia article consists of approximately 14 pages of information about Italy.

Occupying a peninsula that extends into the Mediterranean Sea, the Italian Republic is the third most populous country of continental Europe after Germany and France. Its religious tradition is strongly rooted in the Roman Catholic Church. Catholicism imparts a strong sense of collective identity, which has been reinforced by the growing presence of other religions, particularly Islam.

Italy was not unified as a nation until 1870, and compared with other European countries, the process of industrialization, and therefore of entry into modern times, manifested itself late. Between 1955 and 1985 the country's industrial system, particularly in the north, underwent intense development, which produced great internal migration from the south. This was accompanied by a new phenomenon for Italy, secularization and a resulting crisis in traditional religious practice. The introduction in the 1970s of laws permitting abortion and divorce represented the most obvious...

More summaries and resources for teaching or studying Italy.

Italy from Gale. ©2005-2006 Thomson Gale, a part of the Thomson Corporation. All rights reserved.