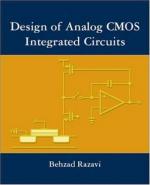 This encyclopedia article consists of approximately 5 pages of information about Integrated Circuits.

Integrated circuits are produced on a piece of semiconductor crystal. As its name implies, a semiconductor is a material that conducts electricity better than an insulator, but not as well as a conductor. The conductivity can be adjusted by introducing other elements into the crystal during manufacture. Conductivity is also changed by applying an electric field to the crystal.

Silicon is the most commonly used semiconductor. It is the second most common element in the Earth's...

More summaries and resources for teaching or studying Integrated Circuits.

Integrated Circuits from Macmillan. Copyright © 2001-2006 by Macmillan Reference USA, an imprint of the Gale Group. All rights reserved.