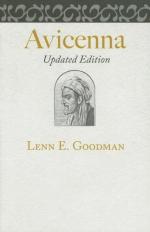 Ibn Sina - Research Article from Science and Its Times

This encyclopedia article consists of approximately 3 pages of information about Ibn Sina.

Known in the West as Avicenna, the Arab thinker Ibn Sina was among the most influential figures in European philosophy and science during a period of half a millennium. As a philosopher, he played a highly significant role in affecting a synthesis between Greek science and the Muslim faith, an equation in which European thinkers would substitute Christianity for Islam with equally powerful results. As a physician, he dominated thought during the period from the late twelfth to the late seventeenth century, during which time his Canon of Medicine was the single most important medical text in all of Europe.

Born in Afshana in what is now Afghanistan, Ibn Sina (whose full name was Abu Ali al-Husayn ibn Abd-Allah ibn Sina) was raised in Bukhara, now part of Uzbekistan. He displayed an early talent as a student, and at the age...

More summaries and resources for teaching or studying Ibn Sina.

Ibn Sina from Gale. ©2005-2006 Thomson Gale, a part of the Thomson Corporation. All rights reserved.