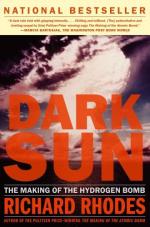 This encyclopedia article consists of approximately 10 pages of information about Hydrogen.

Hydrogen is also the simplest of all elements. Its atoms consist (usually) of one proton and one electron.

Hydrogen was first discovered in 1766 by English chemist and physicist Henry Cavendish (1731-1810). Cavendish was also the first person to prove that water is a compound of hydrogen and oxygen.

More summaries and resources for teaching or studying Hydrogen.