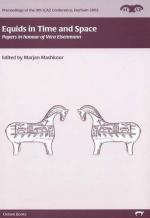 This encyclopedia article consists of approximately 8 pages of information about History of Humans in Space.

Exploring seems to be a part of the human psyche. But the desire to leave the confines of Earth's gravity could not meet reality until some practical means of transportation could be developed. American physicist Robert H. Goddard's experiments in the 1920s and 1930s showed a practical way to loft objects and people into space: the liquid-fueled rocket. During World War II the German military exploited Goddard's new technology by building the V-2 rocket to carry bombs to targets in England. Larger rockets to carry nuclear bombs on intercontinental flights were developed during the Cold War. By the late 1950s, booster rockets were powerful enough to launch objects into orbit around Earth, and by 1960 they were powerful enough to carry humans with their life-support equipment. For the first time, humans had the means to leave their home planet.

More summaries and resources for teaching or studying History of Humans in Space.

History of Humans in Space from Macmillan. Copyright © 2001-2006 by Macmillan Reference USA, an imprint of the Gale Group. All rights reserved.