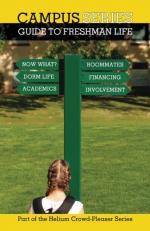 This encyclopedia article consists of approximately 8 pages of information about Helium.

Helium is the second most abundant element in the universe. Only hydrogen occurs more often than helium. Helium is also the second simplest of the chemical elements. Its atoms consist of two protons, two neutrons, and two electrons. Only the hydrogen atom is simpler than a helium atom. The hydrogen atom has one proton, one electron, and no neutrons...

More summaries and resources for teaching or studying Helium.