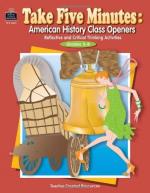 This encyclopedia article consists of approximately 6 pages of information about Hamilton&#x0027;s Reports.

The War for Independence (1775–1783) created a new nation and an opportunity to chart a future very different from the one inherited from Great Britain. With the implementation of the Constitution in 1788, the American people formally rejected monarchy and aristocracy in favor of a democratic republic. Yet the economic, cultural, and social shape of the new nation was unformed. Beginning in 1790 with Alexander Hamilton's reports to Congress, the national government began to shape the country's future direction and identity. Hamilton submitted three reports to Congress from 1790 to 1791 that charted a vision of the early American republic. As secretary of the treasury in George Washington's administration, Hamilton wrote his reports to secure the legacy of the war for American independence and chart the nation's path toward greater power and prestige. The reports evoked protest that produced the first American political party system.

Report on the Public Credit

More summaries and resources for teaching or studying Hamilton's Reports.

Hamilton's Reports from Macmillan. Copyright © 2001-2006 by Macmillan Reference USA, an imprint of the Gale Group. All rights reserved.