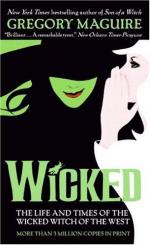 Gregory the Great - Research Article from Science and Its Times

This encyclopedia article consists of approximately 3 pages of information about Gregory the Great.

When Gregory I, or Gregory the Great, became pope in 590, the Church and indeed all of western Europe was still reeling from the destruction of the Western Roman Empire. After failing to win assistance from the Eastern Roman (or Byzantine) emperor, Gregory gave up hope of reestablishing Roman power in the West, and set about building the Church as a powerful, self-sufficient political entity. In so doing, he established a locus for Western civilization during the most frightening days of the Dark Ages, and began to consolidate all of the West under Catholic leadership.

Gregory was born a member of a wealthy and powerful Roman family, but the Rome he knew was a mere shadow of its former glory: two centuries of destruction by barbarian tribes such as the Lombards had left it in ruins. His was one of the...

More summaries and resources for teaching or studying Gregory the Great.

Gregory the Great from Gale. ©2005-2006 Thomson Gale, a part of the Thomson Corporation. All rights reserved.