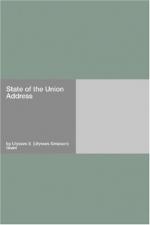 This encyclopedia article consists of approximately 13 pages of information about Grant, Ulysses S..

"The country having just emerged from a great rebellion, many questions will come before it for settlement in the next four years which preceding Administrations have never had to deal with. In meeting these it is desirable that they should be approached calmly, without prejudice, hate, or sectional pride, remembering that the greatest good to the greatest number is the object to be attained."

Ulysses S. Grant was president for eight of the twelve years of the Reconstruction era (1865–77). The popular Civil War general hoped to help reunify North and South and accepted the Republican nomination for president in 1868 with the statement "Let us have peace," which became his campaign theme. As president, however, Grant became upset at how slow...