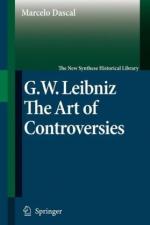 His invention of differential and integral calculus, which he developed independent of Sir Isaac Newton (1642-1727), was but the most visible of philosopher and mathematician Gottfried Wilhelm von Leibniz's contributions. In his writings, he commented on areas ranging from physics to religion, and developed a philosophical system that placed him on a level with the two other most prominent Continental rationalists, René Descartes (1596-1650) and Benedict Spinoza (1632-1677). Many of his ideas were ahead of their time; yet he was ridiculed by Voltaire (1694-1778) and others, and at his death, his passing hardly attracted any notice.

Born in Leipzig, Saxony, on July 1, 1646, Leibniz was the son of Friedrich and Catherina Schmuck Leibnütz, whose son later altered his last name and added the aristocratic "von." Catherina was the third wife of Friedrich, a lawyer and professor who...