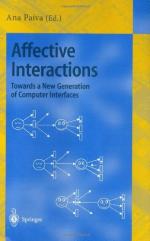 Table of Contents
Stevenson Vs. Eisenhower
Did You Know…
Order our Generations, Computers Encyclopedia Article

This encyclopedia article consists of approximately 6 pages of information about Generations, Computers.

Early modern computers are typically grouped into four "generations." Each generation is marked by improvements in basic technology. These improvements in technology have been extraordinary and each advance has resulted in computers of lower cost, higher speed, greater memory capacity, and smaller size.

This grouping into generations is not clear-cut nor is it without debate. Many of the inventions and discoveries that contributed to the modern computer era do not neatly fit into these strict categories. The reader should not interpret these dates as strict historical boundaries.

The vacuum tube was invented in 1906 by an electrical engineer named Lee De Forest (1873–1961). During the first half of the twentieth century, it was the fundamental technology that was used to construct radios, televisions, radar, X-ray machines, and a wide variety of other electronic devices. It is also the primary technology associated with the first...

More summaries and resources for teaching or studying Generations, Computers.

Generations, Computers from Macmillan. Copyright © 2001-2006 by Macmillan Reference USA, an imprint of the Gale Group. All rights reserved.