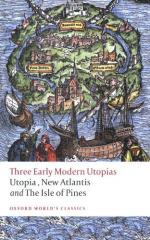 Francis Bacon - Research Article from Science and Its Times

This encyclopedia article consists of approximately 3 pages of information about Francis Bacon.

Francis Bacon's position in the history of science is still debated. To some he was the first spokesman for the new science of the modern era. Yet to others Bacon was an unoriginal philosopher who stated a false formula for science. He urged the rejection of ancient knowledge in favor of observation and experiment. His proposed method of induction stressed the role of impartial observation of the particular in order to make general rules of nature. Bacon also had a troubled political career, which was shaped by the whims of royal favor, noble patronage, and the complex politics of his era.

Francis was the fifth son of Sir Nicholas Bacon, Queen Elizabeth I's Lord Keeper of the Great Seal (a high governmental post). At the age of 12 Bacon studied at Trinity College, Cambridge, and developed his dislike of the standard academic...

More summaries and resources for teaching or studying Francis Bacon.

Francis Bacon from Gale. ©2005-2006 Thomson Gale, a part of the Thomson Corporation. All rights reserved.