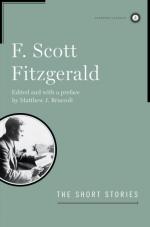 This encyclopedia article consists of approximately 10 pages of information about Fitzgerald, F. Scott.

F. Scott Fitzgerald was probably the most gifted and insightful literary chronicler of the Roaring Twenties. It was he who, in the title of one of his collections of short stories, coined the term "Jazz Age" to describe this decade of exuberance, creativity, and sometimes troubling change. Along with his glamorous wife, Zelda, Fitzgerald himself lived the life of excess for which the period is known. His was a tragic story in many ways, yet he also produced lasting literary masterpieces. The best of these is undoubtedly his novel The Great Gatsby, which has become a classic of U.S. fiction, but his numerous, finely crafted short stories are also acclaimed.