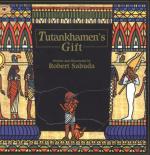 This encyclopedia article consists of approximately 6 pages of information about Finding the Tomb of King Tutankhamen.

Howard Carter (1873-1939) and Lord Carnarvon (1866-1923) opened a window to the past when they discovered the tomb of King Tutankhamen in 1922. Dating from 1300 B.C., the tomb is the only one of an Egyptian pharaoh to survive essentially intact. Tutankhamen's reign was brief and unremarkable, during a low ebb in Egyptian culture. Nonetheless, the quantity of gold and jewels and the exquisite beauty of the artifacts found in his tomb inspired new respect for ancient cultures.

When Howard Carter and Lord Carnarvon discovered the tomb of Tutankhamen, it created a worldwide sensation. Such a find was considered impossible for three reasons: First, many people believed Tutankhamen's tomb had already been discovered, because artifacts with his name on them had been found in an earlier dig. Second, it had been a dozen years since the last...

More summaries and resources for teaching or studying Finding the Tomb of King Tutankhamen.

Finding the Tomb of King Tutankhamen from Gale. ©2005-2006 Thomson Gale, a part of the Thomson Corporation. All rights reserved.