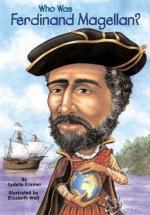 Ferdinand Magellan - Research Article from Science and Its Times

This encyclopedia article consists of approximately 3 pages of information about Ferdinand Magellan.

Ferdinand Magellan initiated, organized and led what was to become the first circumnavigation of the globe. Under his leadership, five ships set sail from Spain in 1519. Although Magellan died during the three-year voyage—the victim of a conflict between warring island nations—and only one of the five ships completed the expedition and returned to Spain, Magellan is credited as the man behind the first trip around the world.

Magellan was born Ferñao de Magalhaes into Portuguese nobility in 1480. Following a youth spent as a page in the home of the queen of Portugal, he took a position with the nation's fleet, which sought to expand the spice trade—often by way of bloody battles. Through these trips, including his first in 1505 to the East Indies, he learned how to sail and how to fight. It was during a skirmish in Morocco...

More summaries and resources for teaching or studying Ferdinand Magellan.

Ferdinand Magellan from Gale. ©2005-2006 Thomson Gale, a part of the Thomson Corporation. All rights reserved.