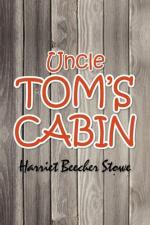 A novel about the evils of slavery

"'Lucy,' said the trader, 'your child's gone; you may as well know it first as last. You see, I know'd you couldn't take him down south; and I got a chance to sell him to a first-rate family, that'll raise him better than you can.'"

In the years leading up to the Civil War, growing numbers of people wanted to abolish (put an end to) slavery in the United States. People who actively fought to end slavery were known as abolitionists. During the 1830s and 1840s, abolitionists distributed millions of antislavery newsletters and pamphlets in Northern cities. The abolitionist movement gradually gained strength and became more vocal...

Excerpt from Uncle Tom's Cabin by Harriet Beecher Stowe from UXL. ©2005-2006 by U•X•L. U•X•L is an imprint of Thomson Gale, a division of Thomson Learning, Inc. All rights reserved.