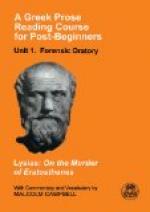 This encyclopedia article consists of approximately 5 pages of information about Eratosthenes Calculates the Circumference of the Earth.

The measurement of distance became increasingly important to ancient and classical civilizations as their territorial and cultural horizons expanded. Using elegant mathematical reasoning and limited empirical measurement, in approximately 240 B.C., Eratosthenes of Cyrene (276-194 B.C.) accurately measured the Earth's circumference. This feat was more than simply a scientific achievement. Eratosthenes's calculation, and others like it, contributed to the field of geodesy (the study of the shape and size of the Earth) and helped spur subsequent exploration and expansion. Ironically, centuries later the Greek mathematician and astronomer Claudius Ptolemy would reject Eratosthenes's mathematical calculations, which, when combined with other mathematical errors that he made, produced a mathematical estimation of a smaller Earth that, however erroneous, made extended seagoing journeys and exploration seem more feasible.

Eratosthenes, who served under Ptolemy III and tutored Ptolemy...

More summaries and resources for teaching or studying Eratosthenes Calculates the Circumference of the Earth.

Eratosthenes Calculates the Circumference of the Earth from Gale. ©2005-2006 Thomson Gale, a part of the Thomson Corporation. All rights reserved.