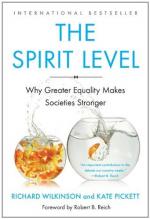 This encyclopedia article consists of approximately 8 pages of information about Equality, Moral and Social [addendum].

Equality is a potent ideal that plays a major role in a wide-range of social, political, and moral debates. Unfortunately, equality defies easy characterization, and few ideals of such significance have been so poorly understood.

Much debate concerns what kind of equality is desirable: income, resources, primary goods, power, welfare, opportunity, needs satisfaction, capabilities, functionings, rights, or liberties. Should the chief concern be legal, social, or political equality? These are extremely important questions, as equality of one kind fosters inequality of another. Although many assume that we should only be concerned with one kind of equality, it is arguable that various kinds of equality matter, perhaps to various degrees in different contexts.

Philosophers have long distinguished between formal and substantive principles of equality. It is perhaps more useful to distinguish between equality as...

More summaries and resources for teaching or studying Equality, Moral and Social [addendum].

Equality, Moral and Social [addendum] from Macmillan. Copyright © 2001-2006 by Macmillan Reference USA, an imprint of the Gale Group. All rights reserved.