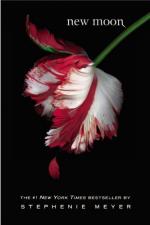 This encyclopedia article consists of approximately 5 pages of information about Din&#xed;s Dias and Cape Verde.

Dinís Dias was a Portuguese explorer who in 1445 conducted the first of two trade missions for Prince Henry the Navigator. In the course of his first voyage he explored the west coast of Africa, which was then unknown territory, sailing past Cape Bojador and the mouth of the Sénégal River to discover Cape Verde, the westernmost point of Africa. Dias called the area the "green cape" in honor of its tall trees and abundant plants. Dias significantly increased geographic knowledge of the West Coast of Africa.

Prince Henry, son of the Portuguese King John I, was a key figure in Portugal's Age of Discovery. In 1415, he assisted in leading the Portuguese army in the conquest of Ceuta, a Muslim stronghold in North Africa. There he became interested in the geography, history...

More summaries and resources for teaching or studying Dins Dias and Cape Verde.

Dinís Dias and Cape Verde from Gale. ©2005-2006 Thomson Gale, a part of the Thomson Corporation. All rights reserved.