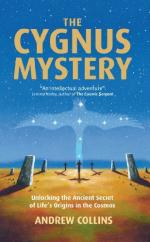 This encyclopedia article consists of approximately 18 pages of information about Did Life on Earth Begin in the &#X0022;Little Warm Pond&#x0022;.

Viewpoint: Yes, the theory that life began in the "little warm pond" has supporting evidence from a number of experiments, and competing theories are more problematic.

Viewpoint: No, either life began on the surface during the period known as the late heavy bombardment, or it began in a protected environment away from the surface and the devastating impacts.

The origin of life on Earth is one of the most important, and elusive, problems in science. Efforts to understand the origin of life have been frustrated by lack of evidence. In the face of this fundamental difficulty, the search for a scientific explanation for the origin of life has relied upon speculative hypotheses, observations from present conditions on Earth and elsewhere in our solar system...

More summaries and resources for teaching or studying Did Life on Earth Begin in the "Little Warm Pond".

Did Life on Earth Begin in the "Little Warm Pond" from Gale. ©2005-2006 Thomson Gale, a part of the Thomson Corporation. All rights reserved.