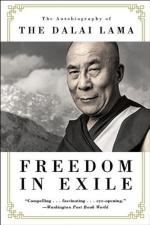 Dalai Lama - Research Article from Governments of the World

This encyclopedia article consists of approximately 2 pages of information about Dalai Lama.

The Dalai Lama traditionally is recognized as the spiritual and temporal leader of Tibet. He has lived in exile, however, since 1959, when Chinese occupation forces tightened control over his homeland, which they claimed as part of China. Named Lhamo Thondup at his birth in a small village near Tibet's border with China, as a young child he was recognized as Tibet's greatest "lama," or teacher. Later renamed Tenzin Gyatso, he represents the fourteenth incarnation in a series of distinguished predecessors (the first Dalai Lama was born in 1391). Gyatso was only 15 when the Chinese initially occupied his land, but their entry accelerated his confirmation as Tibet's preeminent religious and political leader.

In 1950, fresh from victory in China, Mao Tse-tung's (1893–1976) communist militias invaded Tibet, which they claimed as their traditional territory. The invaders intended to "liberate" the Tibetan people from an antiquated system of government...

More summaries and resources for teaching or studying Dalai Lama.

Dalai Lama from Macmillan. Copyright © 2001-2006 by Macmillan Reference USA, an imprint of the Gale Group. All rights reserved.